A credit union is a group of people who save together and lend to each other at a fair and reasonable rate of interest. We offer members the chance to have control over their own finances by making their own savings work for them.

Kanturk Credit Union Limited is owned by the members — the people who save and borrow with it — people like you.

When you become a member and start saving with Kanturk Credit Union Limited you will have access to fair and reasonable rates on savings and loans.

Your savings contribute to your credit union’s loan fund. So your savings are helping other members. Members like you.

Kanturk Credit Union Limited exists only to serve its members — not to profit from their needs. Surplus income generated is returned to the members by way of a dividend and/or is directed to improved or additional services required by the members.

Kanturk Credit Union is non-sectarian and non-political, and continues that Irish tradition of co-operative self help.

In Kanturk Town Park on a warm summer’s evening in 1963, Seamus O’Mahony, Michael Lucey, Donal Hanrahan and Tommy Cross were busily engaged discussing the events of the day.
The conversation quickly turned to a television programme that had been screened earlier that week on RTE. The programme dealt with the embryonic Credit Union movement in Ireland, and in particular, showed examples where towns and communities had set up their own Credit Unions.

Following a lively and enthusiastic discussion, Donal Hanrahan undertook to write and obtain more information, and see if the idea would be one that could be introduced to the people of Kanturk. He was as good as his word.

Donal Hanrahan quickly recruited Denis Fitzpatrick, and between them, they organised a study group to explore the feasibility of setting up a Credit Union in Kanturk. On Friday evening, 16th August, 1963, history was set in motion when the group’s first meeting was held at the Edel Quinn Hall. Nobody present could have imagined just what they were setting in motion – a Credit Union that would grow rapidly, and go on to become hugely successful.

These first members paid 2/6 to cover the cost of the booklets, and continued to save their half crown each week, effectively launching the Credit Union movement in Kanturk. Not content with this, they travelled to nearby Mallow and Charleville to see how Credit Unions there were operating. They also travelled to Ballyphehane Credit Union, and with their research now complete the work of building their dream gathered pace.

Finally, on the 16th October, 1963, the first official meeting of Kanturk Credit Union was held at the Edel Quinn hall. By the time of the Annual General Meeting on Sunday, 2nd February, 1964, William O’Brien, Treasurer, reported that Shares stood at £213 and Loans stood at £118.

At this Annual General Meeting, Reverend Father Peader O’Keane addressed the audience. In a wide-ranging speech, he said “The Credit Union could do very useful work by helping to establish the virtue of thrift which at present was at a low ebb throughout the country. Everyone was aware that occasions might arise, even among the wealthy, when money might be short, and while the Credit Union was satisfied to provide cash where required, it was not the intention to devote this money for luxury. While we are a Credit Union, our main object is to make available a savings bank. It should be our object to function with care and to give our depositors a reasonable rate of interest.”

The Secretary Donal Hanrahan spoke next, and said “There was a tendency maybe to take membership with the object of procuring a loan. The stress was, and should be, on the primary purpose of a Credit Union and its shareholders – to be prepared in time of need to serve their members. Loans cannot be made without the regular savings of each and every one of its members.”

What is striking about the reports of these early days of Kanturk Credit Union, is how much has changed, and also, how little has changed. The world of today is very different to the world of 1963. Man has walked on the moon, the cold war has ended, and pounds shillings and pence have been replaced by the Euro. The world has shrunk to become a very small place indeed.

However, what has not changed are the principles and ideals of the Credit Union movement. What four men put in motion on a summer’s evening in 1963 remains as strong today. The tradition of volunteerism and selflessness in Kanturk Credit Union, that saw local people giving freely of their time to help their community, continues and thrives to this very day. Long may it continue. 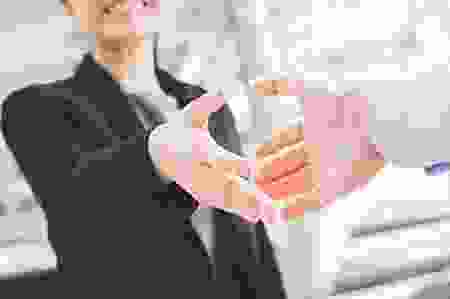 Join our award-winning Credit Union today and avail all benefits of being a Member. 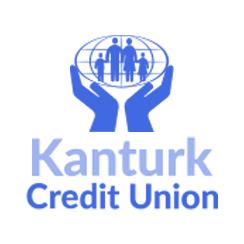 Kanturk Credit Union which is situated in the 19th Century former market house is a very important institution in Kanturk town. The always friendly and helpful staff make the credit union a...

My experience is always pleasant in Kanturk Credit Union with all queries dealt with promptly and efficiently. The staff are always friendly and helpful.

Excellent staff, very friendly and helpful. You would never be waiting more than a few minutes even when the office is busy.

The staff at Kanturk Credit Union are wonderful and they have been very helpful over the last few months.

It is always a pleasure to visit Kanturk Credit Union. All staff members are extremely pleasant and very helpful at all times.

Kanturk Credit Union is a very friendly place, has wonderful staff, nothing is too much trouble for them, and they always have a smile on their faces. Whether you are looking to save or bor...

Kanturk Credit Union Ltd is Regulated by the Central Bank of Ireland. Reg No. 15CU